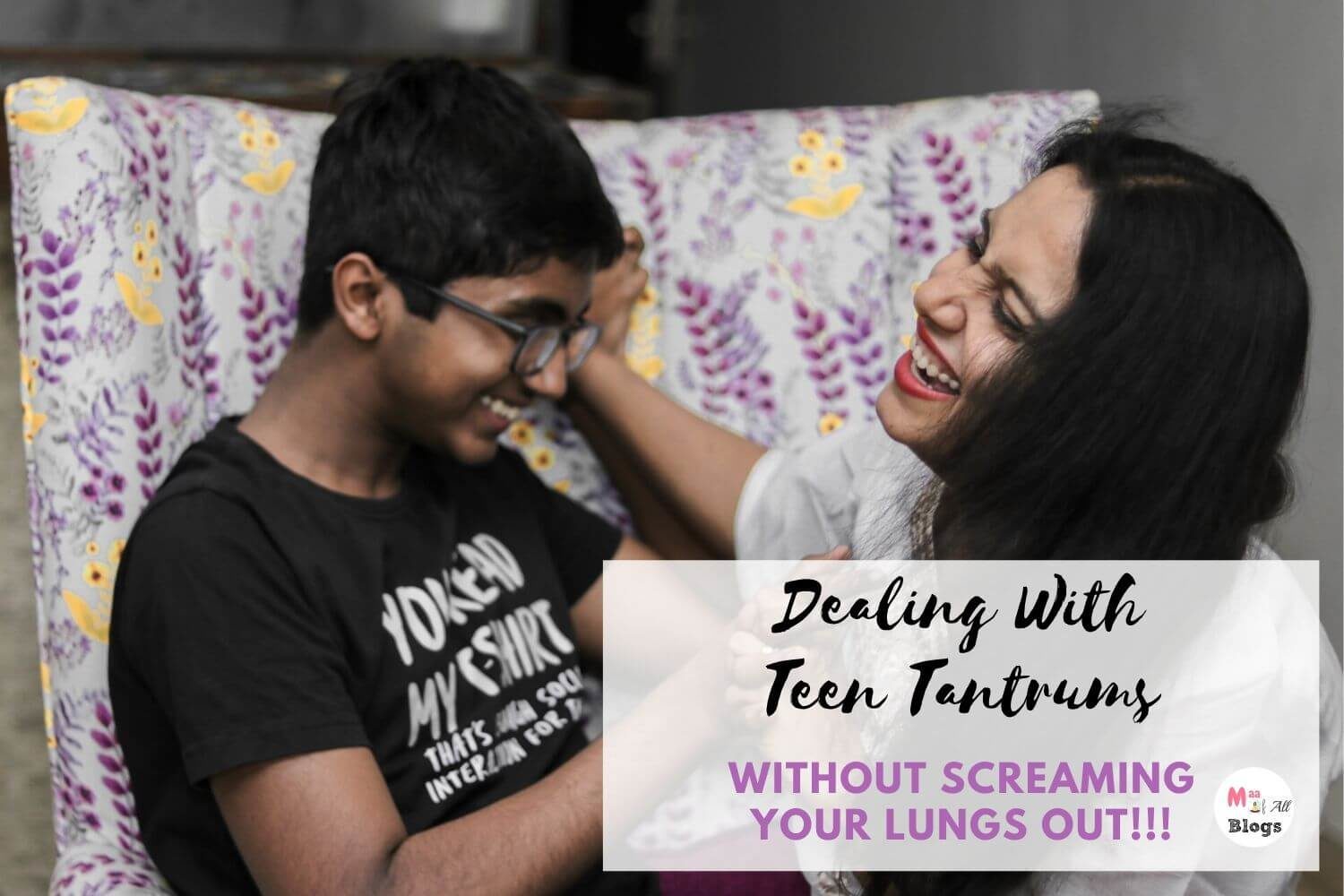 I expected a lot of drama and grief as my elder one entered his teen last year. I had read so much about the Teen Tantrums and even remembered my teenage years. I was really, really rebellious. So baited this stage with deep breaths.

Teen tantrums are very similar to those terrible twos, expressed with much more rage by a grown-up child – that makes it increasingly more difficult to manage.  Teen tantrums are also deemed as one of the most unpredictable and difficult emotional outbursts and no one can understand it better than a parent dealing with it.

All of this may sound scary but actually it’s very normal. The symptoms of teenage actually start exhibiting in the pre-teen years itself but not in the furious form. And this had been true for us. My elder one has actually calmed down and become more responsible in the last year. Maybe, he gave me such a hard time in the preteen years that I feel for us the terrible teens are fading.

During teenage, the hormonal changes leading to physical, physiological and emotional transformation can trigger sudden outbursts which are not easy to handle both by the child as well as parents. A teenager’s brain is still actively developing, and therefore processes information differently than a mature adult’s brain. The frontal cortex of the brain used to manage emotions, make decisions, reason, and control inhibition, is restructured during the teenage years, while the whole brain does not reach full maturity until about the mid-20’s. So all I am saying is, that don’t worry step back and cut them a little slack. However, it tough to keep a tab on your own emotions when the teen in front of you is all worked up. Here are a few suggestions I have  that will make dealing with teen tantrum tad bit easy.

As hard as it sounds, this step is equally important to practice when your child is fuming with anger. I know it’s easier said than done, but it is also crucial to understand that your child is going through a lot in this phase. Teenage is a tricky phase between childhood and adulthood. The energy is high but the teen is still trying to figure out a lot of things. If you look at this situation as a third person, practicing empathy would be simple. Isn’t it? Maybe a little bit of Pranayama(breathing exercises) and meditation daily will help you both control your emotions.

Think of this phase as an opportunity to strengthen the relationship with your child. This phase is temporary but the bonding that you build will remain forever. When you are working on building trust instead of looking at mere tantrums, it will have a positive influence on your teen. Yes, the temptation of checking their phones is there but maybe you can devise a system where you have some kind of parental control on their mobiles and laptop. Some teens may not like that also, in that case you should sit them down and explain your concerns create certain rules and let them be. Don’t make them feel your are hovering around but be watchful as well.

There is no point if you and your child both keep losing temper every now and then. Remember, children reflect their parents’ behaviour. Practice anger management techniques that will help set a good example for your teen to follow. However, don’t expect quick results. You both are in different stages of your lives and teenagers can’t be as pragmatic as their parents. This is something, both my son and I are working on. Remember when your kids are entering their teens you are also entering pre menopausal or menopausal stage and you will also experience mood swings. So you need to show them how to control your anger. They will follow. I have had many times when both of us have come back and apologised to each other after a verbal tiff and realised it was something we could have amicably reached a mid way agreement on.

Once your teen learns to suppress emotions, there could be nothing worse. Research proves that teens who can describe their negative emotions can actually keep depression at bay. Supressing feeling of anger or any other negative emotion will not help your child understand it completely. Give them their space to identify the trigger and the following reaction. I understand we are not therapist or experts but we are raising kids and we know are own. Let them express and let them talk so they don’t hold anything inside and then when they have calmed down you can reason with them. 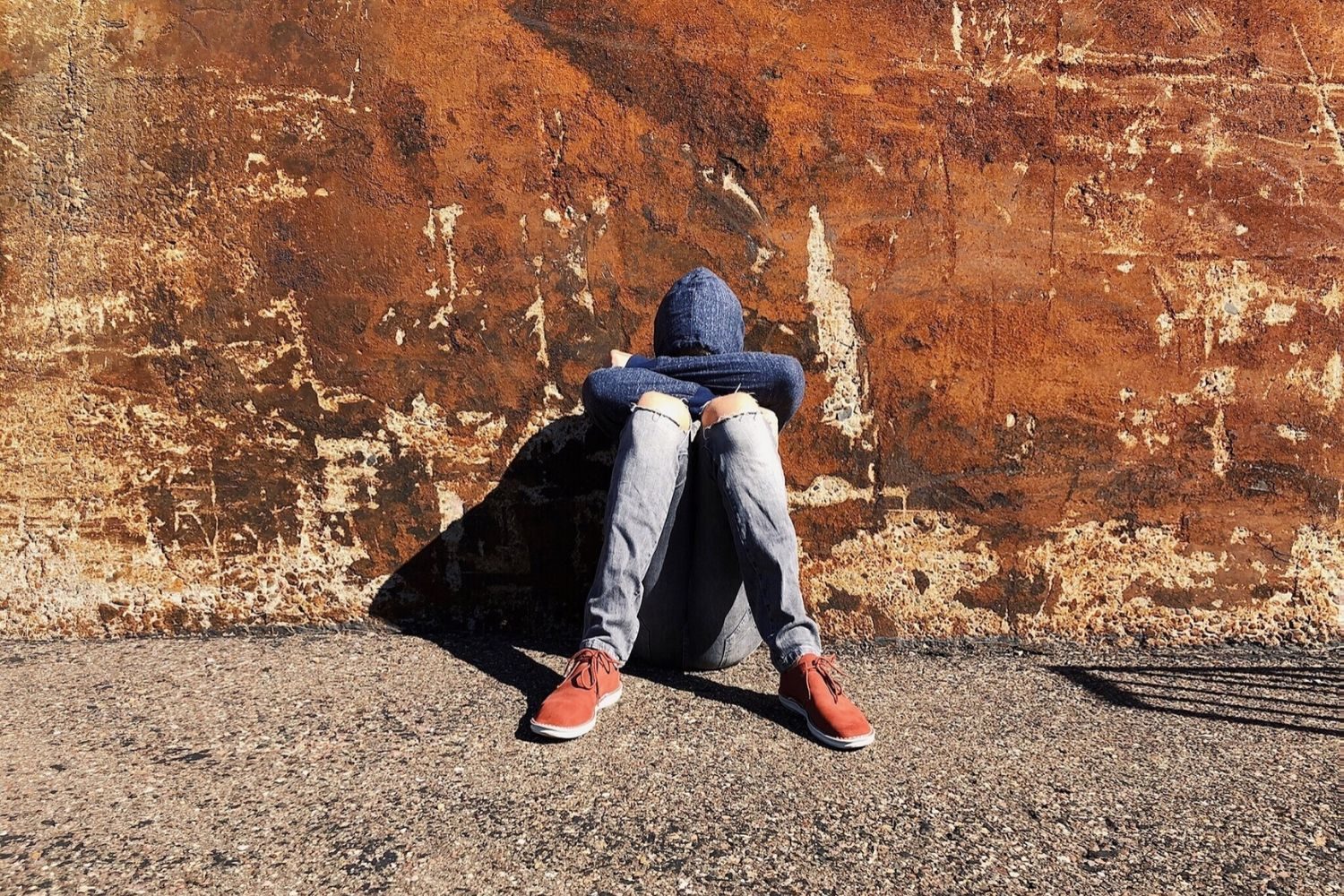 Spend more time with your teenager

Well, teenagers would not like to hang out with parents as often – but that’s not what it is meant to be. It is all about adding quality to your time spent together, howsoever little it is. The teen should feel that parents are listening and not just preaching. I find myself and even more my husband mostly talking about studies to my son as he is also in a grade which is crucial for his future. So I consciously try and play board games with both my kids before retiring for bed and that’s when they automatically tell me stories of their day. Spending good time with your teen will also offer opportunities to understand the pain points – fears, aspirations, and challenges.

Be aware of your child’s friends and other influences

That definitely doesn’t mean that you have to spy your teen, but a little bit of vigilance and information will be useful in understanding the tantrums better. Usually teen tantrums are natural and harmless. However, it is important to know the real cause of your teen’s anger is not something else, which could turn serious in the long run. I have seen if you have had an arguement with the kid before he leaves for school, there is a highly likely chance that he will carry this mood to his class and get a diary note or get into an arguement with his peers and vice versa. So catching his bad mood and just asking him who he had a tiff with helps because he is caught off guard and he also realised that as a parent you understand him. 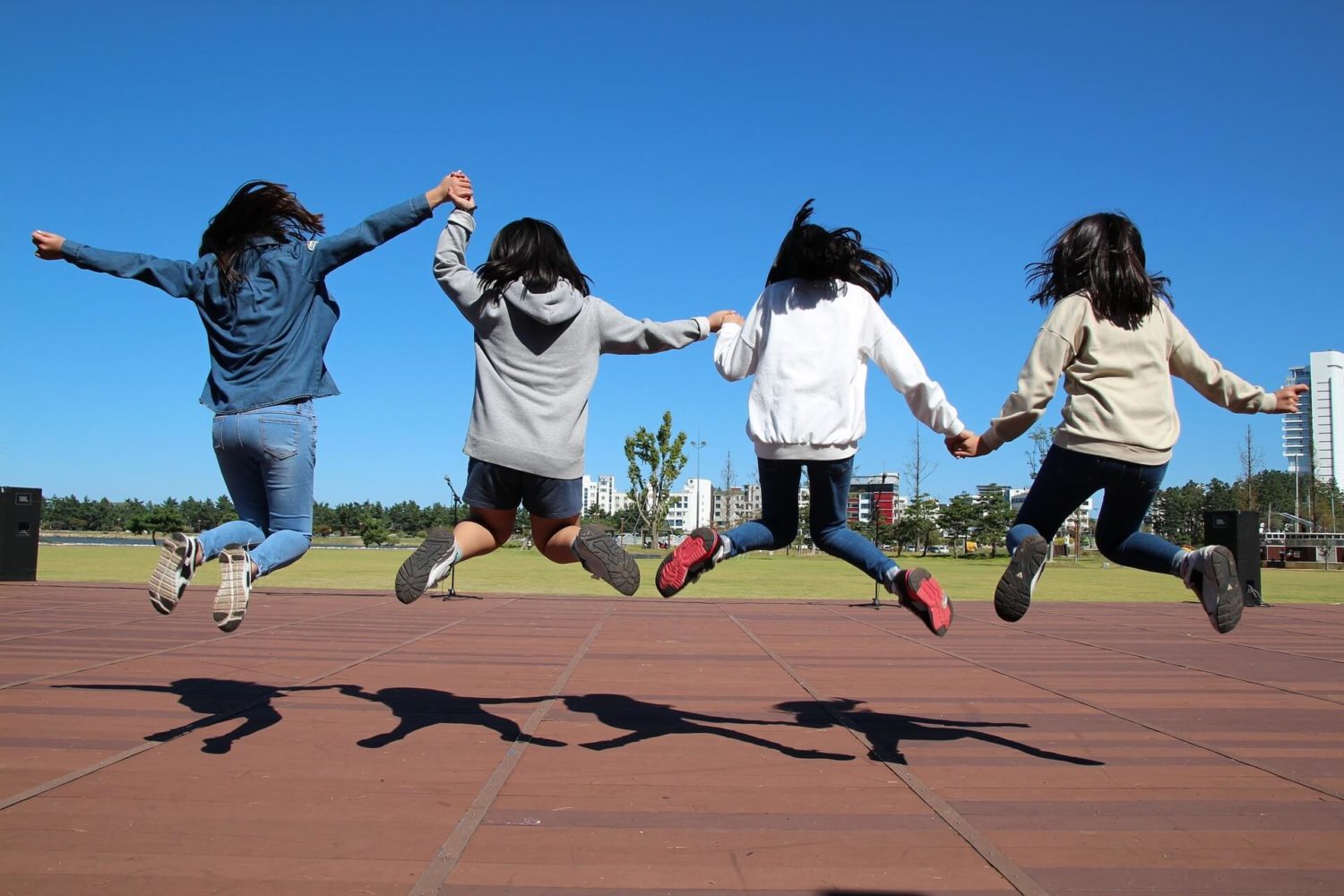 For teenagers, the world suddenly changes and they are more attracted to the outside influences. Keeping yourself informed about your child’s regular routine, friend circle, etc. is just a ‘needed’ precautionary step.

As parents, we are blessed with a sixth sense. Don’t ignore the slightest symptoms of a problem that requires professional help. Any self-inflicted physical pain, suicidal talks or chronic substance abuse could be signs that the situation is much more serious than simple teen tantrums.  Sometimes, getting a counsellor or a therapist helps when you see your teen in such a situation.

The year when Blue Whale Challenge was spreading across India, I decided to discuss openly with my then pre teen. I was surprised how much he already knew about it. So parents they are clued in, don’t think you can keep them away, rather discuss openly.

Love is the universal language understood by all and accepted by all. And showering your child with love cannot be difficult. Yes, the time and situation may be challenging. It could be that your child has just declared you as a nagging parent who is not as cool as many others, but you still can make the best choice…Love your child a little more than usual. Time shall pass and you both will come out stronger. Promise!

Parenting is definitely a rollercoaster journey. And only a parent to a teen can understand how mild those terrible twos were! Having said that, it would be completely unfair to assume that parenting a teenager is no fun. Of course, there are a few challenges, just like in every stage – but with a little of patience and lots of love you can make these moments as special as ever.