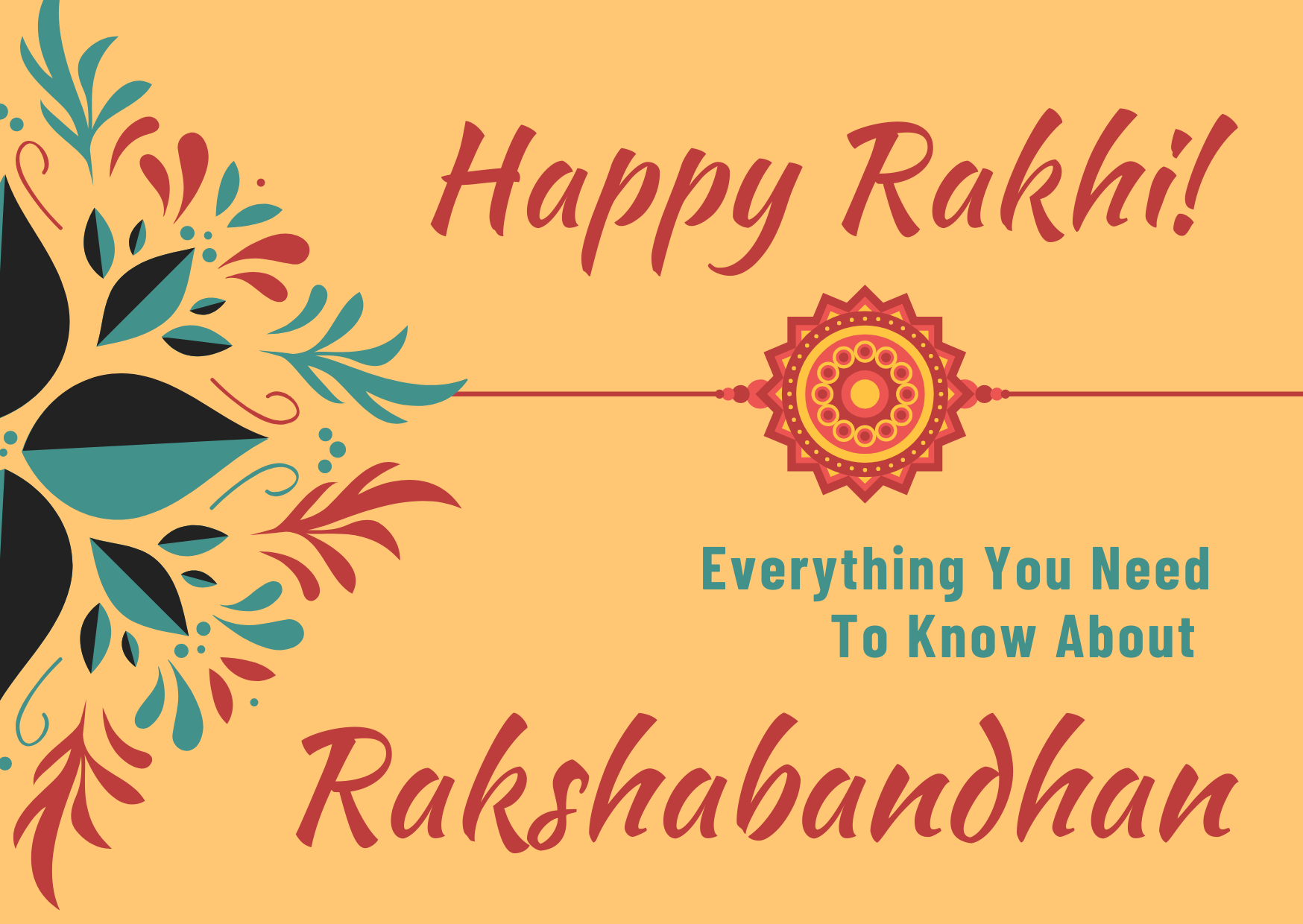 Here’s A Blog For Everything You Need To Know About Rakshabandhan.

Parents Here Are Some Ways To Cope With Covid-19 Stress

We Indians are known throughout the world for celebrating festivals with heartfelt enthusiasm. Among which is a festival of sharing love and strengthening bonds.

Rakshabandhan or Rakhi, a celebration between brothers and sisters is one such overwhelming day filled with feelings and emotions. 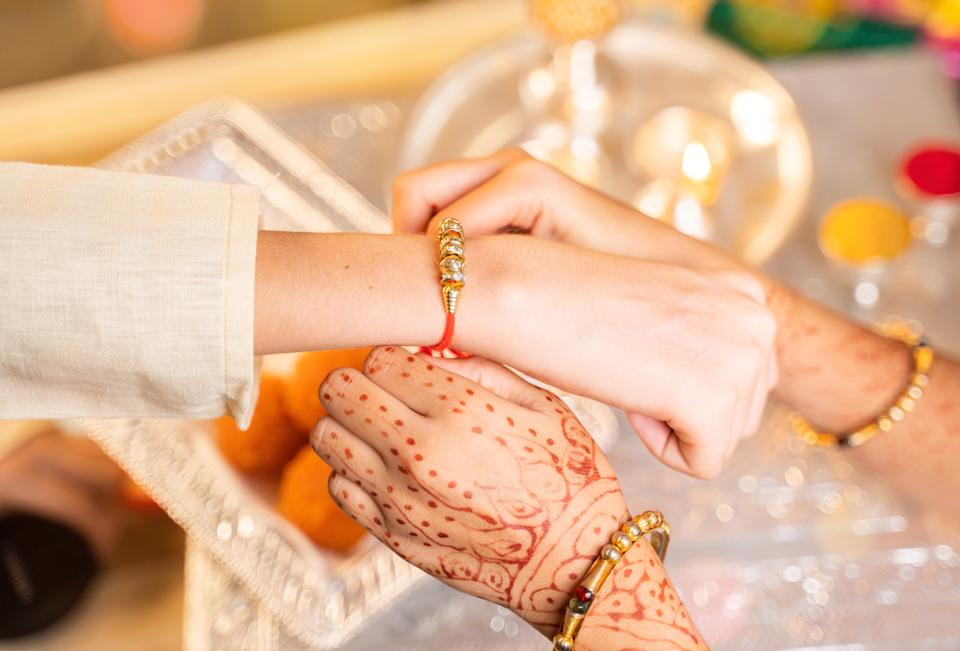 We know and share many stories on celebrating this day with our families, but do we know why we celebrate this day? Or who tied the first rakhi and to whom? How did this festival come into being?

This Rakshabandhan, let us share with you everything that you need to know about the festival.

Meaning Behind The Word

As we speak, we know Rakshabandhan is a two-word term. Originally derived from Sanskrit terminology. ‘Raksha’ meaning to protect, which signifies the thread tie to protect, and ‘Bandhan’ meaning bond which signifies the verb tie. Together these two terms mean the festival of tying rakhis to extend the bond of love and protection. This festival is not limited to blood relations, but also cousins as well as to extend hands towards making new relations. 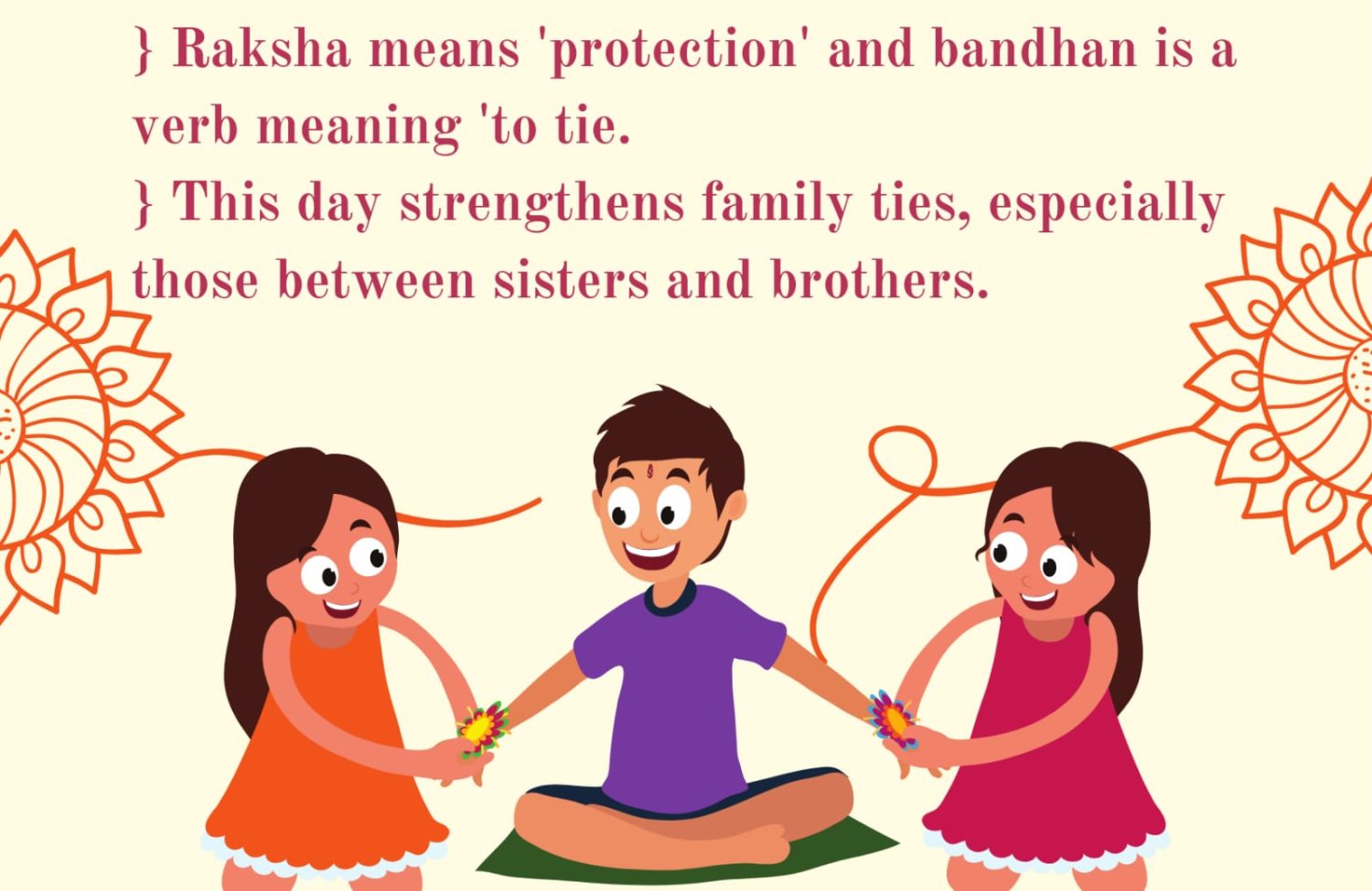 Strengthening the family ties by tying the Rakhi.

The Day Of Rakshabandhan

Every year this day is celebrated on the day of full-moon during the month of Shravana, which technically commences between July to August. This year we will be celebrating it on the 22nd of August.

Rakshabandhan is celebrated on the day of the Full Moon in the month of Shravana.

How did this festival take its course in the first place? Now, this is an interesting question. Since its answer is related to my favorite topic- Mythological history.

So the history of Rakshabandhan dates back to Hindu Mythology – Mahabharata.

Back in the day of Makar Sankranti, it is said that Lord Krishna cut his finger. While his wife, Rukmini called for aid, Draupadi (wife of the Pandavas) instantly tore a piece of clothing off her saree and tied it on his wound to stop the bleeding. This piece of cloth and her gesture gave a beginning to the festival of Rakshabandhan.  In return, Lord Krishna promised to protect her whenever required. This promise is the reason behind Lord Krishna’s helping Draupadi. While she was being ridiculed by Kauravas, Lord Krishna made her saree never-ending and saved her from the disrespect and the embarrassment she was going through, and protected her when she needed it the most. 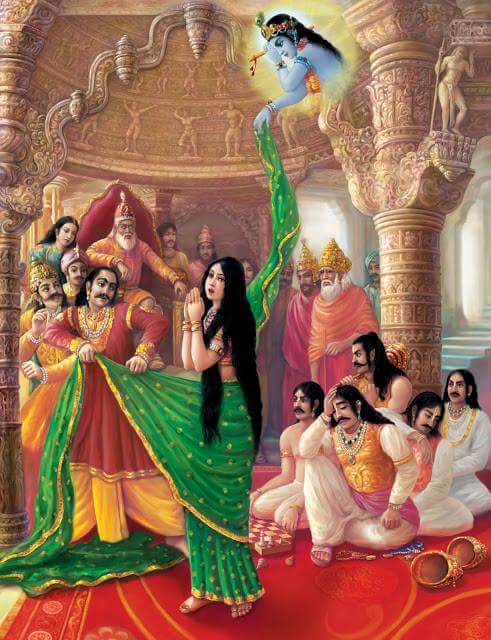 As we see Draupadi’s saree is being pulled, Lord Krishna magically adds clothes to her saree making it never-ending. (Image Source – Facebook)

This bond developed between them, that of a brother-sister was taken forward through the history of celebrating the relation between brother and sisters. While the sisters tie the rakhi, a thread is counted sacred, in return for a promise from the brothers to protect her from evil. 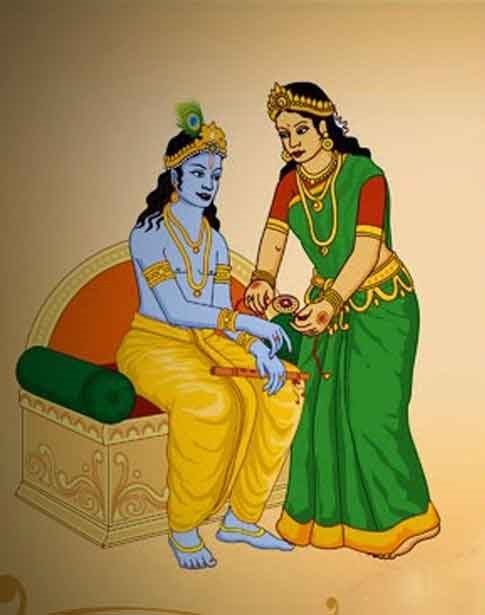 Hinduism – Rakshabandhan is mainly celebrated by the Hindus in North and Western India.

Jainism – Along with tying rakhi to their brothers, in Jainism, priests celebrate this festival by offering sacred threads to the devotees.

Sikhism – Sikhs refer to this festival as ‘Rakhardi’.

Celebration Of Rakshabandhan In Various Places

Along with India, countries like Nepal and Pakistan are also observed to celebrate this day.

But in India, this day is celebrated differently in various states/regions. Due to the huge variation in the multi-lingual culture of India, the celebration of each festival and Rakshbandhan has taken its forms and manifestations.

In West Bengal and parts of Odisha, this day is known as ‘Jhulan Purnima’ where people even worship Lord Krishna and Draupadi. 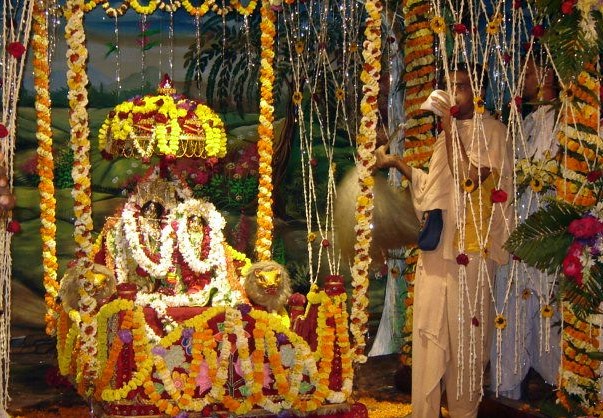 In the coastal regions of Maharashtra, this day is celebrated and known as ‘Naarali Poornima’. Where people worship the sea and throw coconuts into the sea as an offering to the ocean god. 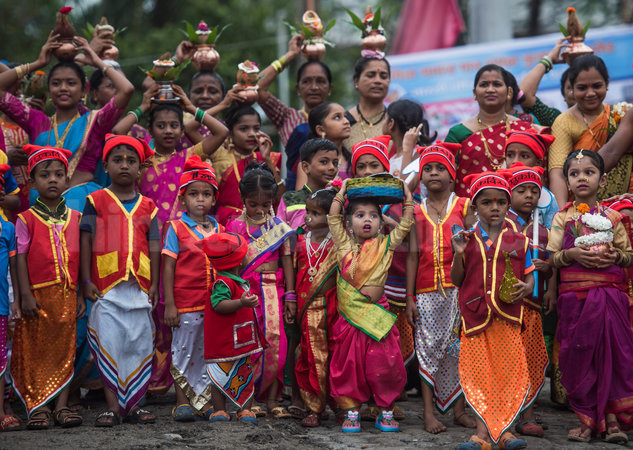 In the states of Tamil Nadu and Kerela, this day has a huge significance. The day is celebrated as ‘Avani Avittam’, falling on the full moon night in the month of Shravana. Brahmins take a dip in the holy water in the name of atonement from all their sins and tie a holy thread ‘janau’ across their body. 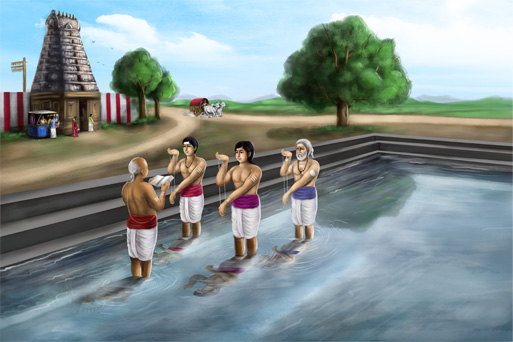 In the states like Gujarat, along with celebrating rakhi, the festival of ‘Pavitrona’, where women worship Lord Shiva and place offerings to the shivling and visit temples. 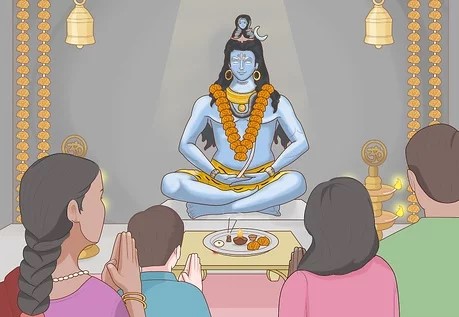 In Rajasthan, rakhi is not only tied to brothers but also sisters-in-law. Where the rakhi is known as lumba. Tying rakhis to the sisters-in-law has recently hyped up and becoming a rage in many families, especially Gujaratis and Punjabis. 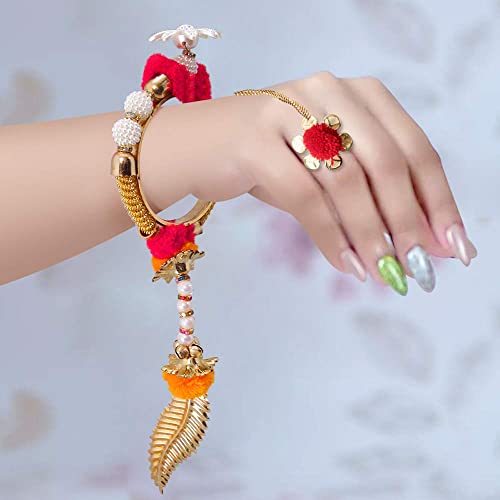 In the central states, this day comes alongside the festival named ‘Kajari Purnima’, a festival of farmers and mothers. Where farmers worship their land and mothers perform rituals for their sons.

There are many festivals and occasions celebrated alongside Rakshabandhan on this day.

The vast culture in our country is open for all to adapt and perform the festivals of all.

The Day Of Rakshabandhan

Occasionally, the sisters buy rakhis before the day of the festival. In recent years, rakhis have undergone many changes in look and form. Colorful thread, bracelet, customized with initials, amulets, and various forms of men’s wrist accessories.

On the day of Rakshabandhan, people like to wear new traditional clothes and perform the ceremony in the presence of elders of the family. The sisters perform an aarti and apply tilaks on the brother’s forehead and then tie rakhi on his wrist and they offer each other sweets, chocolates, or dry fruits.

After tying the rakhi, here arrives the most awaited moment for the sisters. The offering of the Rakhi Gifts by the Brothers. I am sure, every sister agrees to this. Sisters curiously wait to receive their gifts. 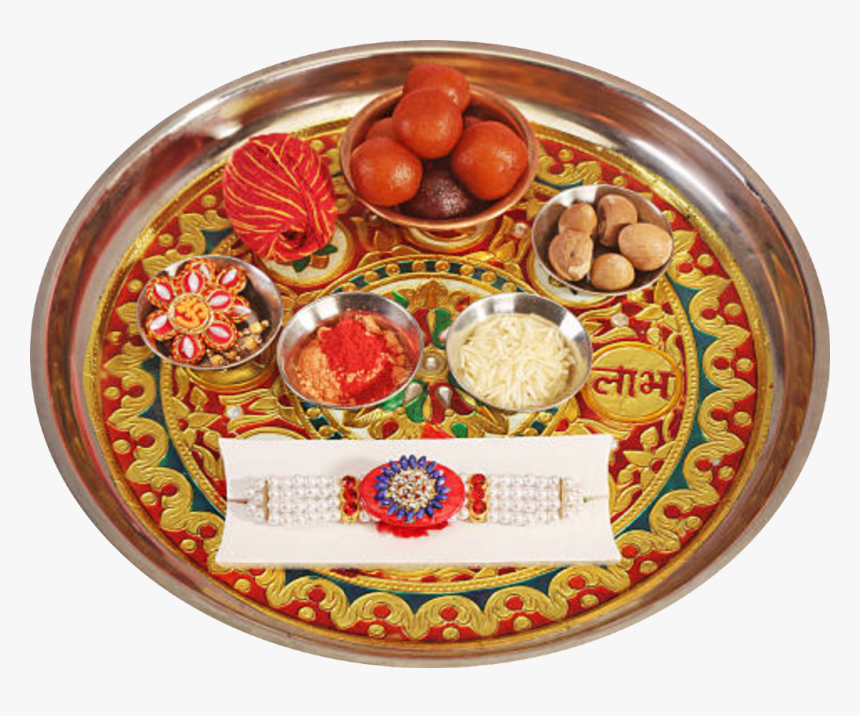 Aarti Plate that is put ready while the ceremony. (Image Source- PNGitems)

Ever wondered what is the perfect time to untie the rakhi?

When Can One Remove The Rakhi?

This is not something we usually talk about. Since many think to wear the rakhi till it is worn out. Some keep it tied until the next year’s festival. But usually, it is said that the best time to remove the rakhi is eight days later Rakshabandhan which sees the day of Krishna Janmashtami, another auspicious day.

But be it how long, removing the rakhi is not going to break the sweet and sour relationship of the siblings. In the end, we know one always holds a special and unbreakable bond with their brothers and sisters. Despite all the fights, this day sees much inflow of emotions like love, joy, sacred feelings. 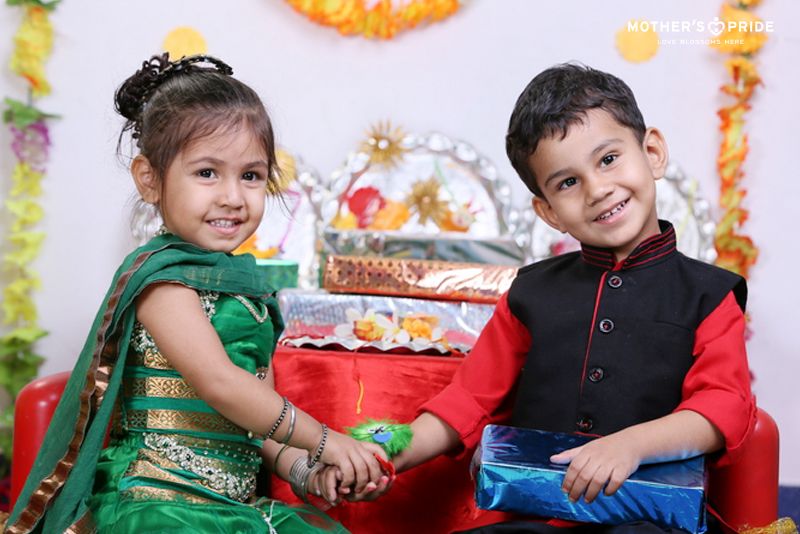