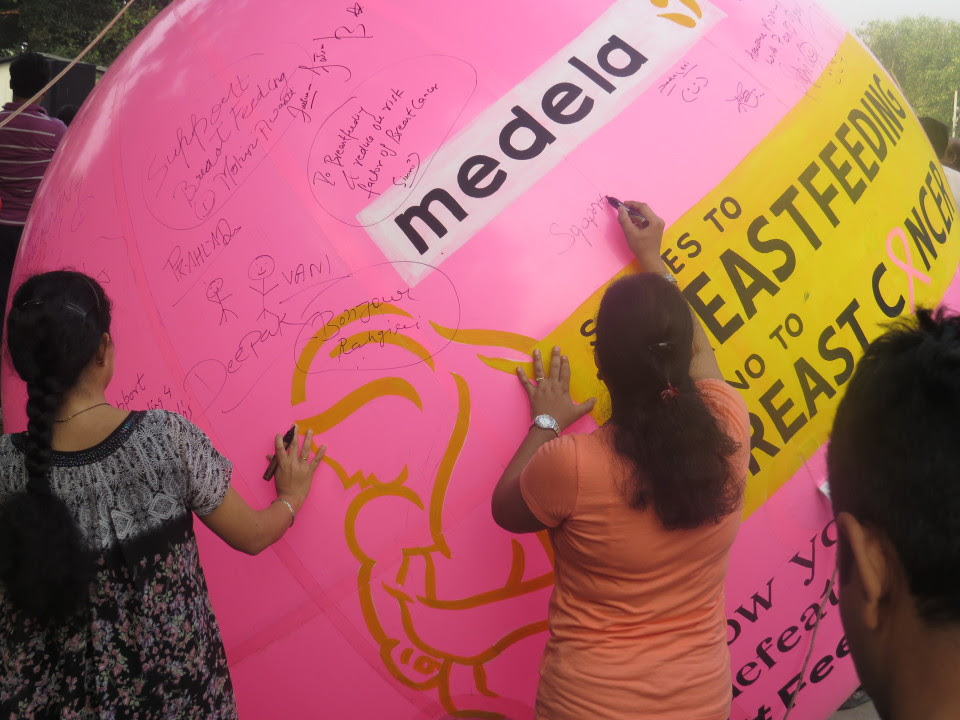 Nidhi Kapur, a young mom herself, covered the event on our behalf as she feels strongly for the cause. In her own words;

I have a close relative who suffered from Breast Cancer at the mere age of 35. She has two little kids aged 6 and 2 and was left aghast hearing the unfortunate news. This was even more alarming because she was perfectly fine and had gone for a regular checkup. We were all totally heart broken. Nevertheless, my cousin gathered the courage and with support from her immediate family, stood strong to face the situation.

Due to ever increasing workload in the professional world, most women stop feeding after 3 months of baby’s birth and return to normal work routine, while some chose not to breast feed at all. But there is a need to know that many devices like Breast Pumps are available today to express mother’s milk and store it upto 24 hours. So, even if you are away to work or your baby is not hungry, you can still express milk and store it safely in the refrigerator so your baby is not deprived of mother’s milk. This way there is also continuity in the  flow of mother’s milk. As far as my cousin was concerned, I could do nothing more than encouraging her to fight against this deadly disease. But I always wanted to do more than that! As a team member of Maaofallblogs, I heard about Medela conducting a Breast Cancer awareness drive as part of Raahgiri, and decided to join the move. The ‘FeedToDefeat’ campaign was organized on Sunday, 18th of October, 2015 in Connaught Place(CP), New Delhi. 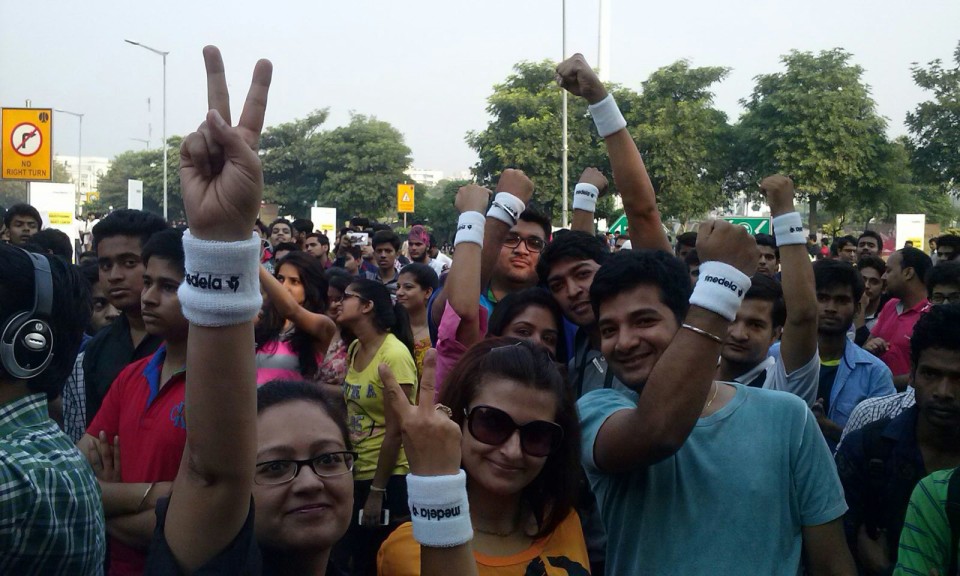 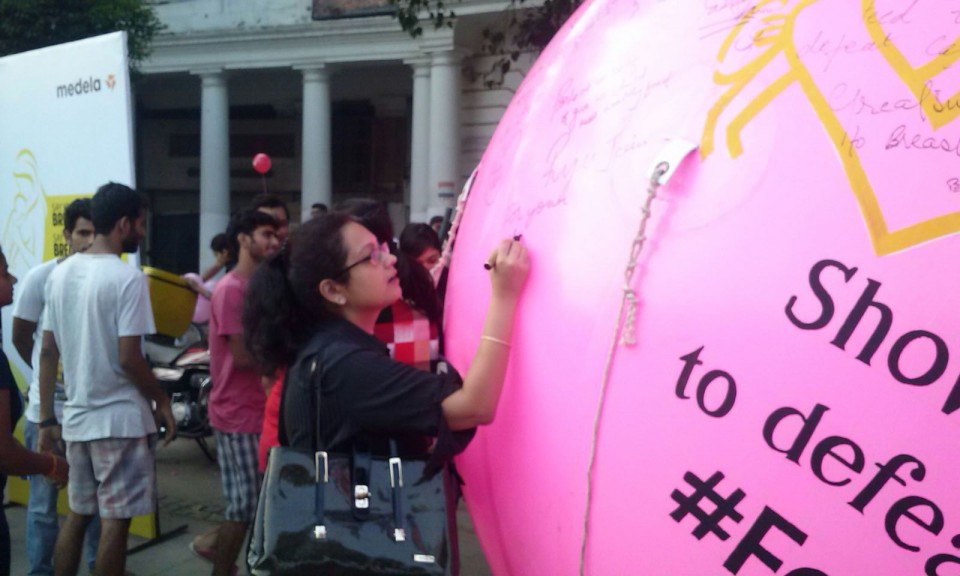 A musical rock band- “Rivaaz” performed on the ‘Magic of Mother’s Milk’ and various other beautiful numbers that left the crowd dancing. A group of people performed dances and it was a euphoria around. I enjoyed every moment spent there and especially because it was for a cause.

As per Mr. Amit Raj Gogia- Country Head Medela India, breastfeeding decreases the risk of breast cancer and hence it is advised to all the women to exercise. Medela India, through ‘FeedToDefeat campaign’, aims to empower women by reinforcing and highly recommending them to exercise breastfeeding.

Women should understand their heath’s relation with that of their family’s and specially children. Breastfeeding not only increases the immunity of infants but also supports in Mother’s well being. So, it is very important for women and their families to understand the significance of breastfeeding.

Overall, it was a great experience for me and I must reinforce the need of breastfeeding and its value in defeating breast cancer. I would highly recommend women to breast feed their babies to stay healthy and to keep their infants healthy. Even if their baby is not hungry, women can still express milk and store safely in the refrigerator. Medela provides breast pumps, milk bottles and other accessories related to breast feeding.

My sister is fine now and is leading a normal life. Her cancer was diagnosed at an early stage. As doctors say, cancer is curable if detected at an early stage. It’s my plea to young moms to be aware of this deadly disease and raise an alarm if you find something different happening to your breasts. Regular breast examinations are a must. 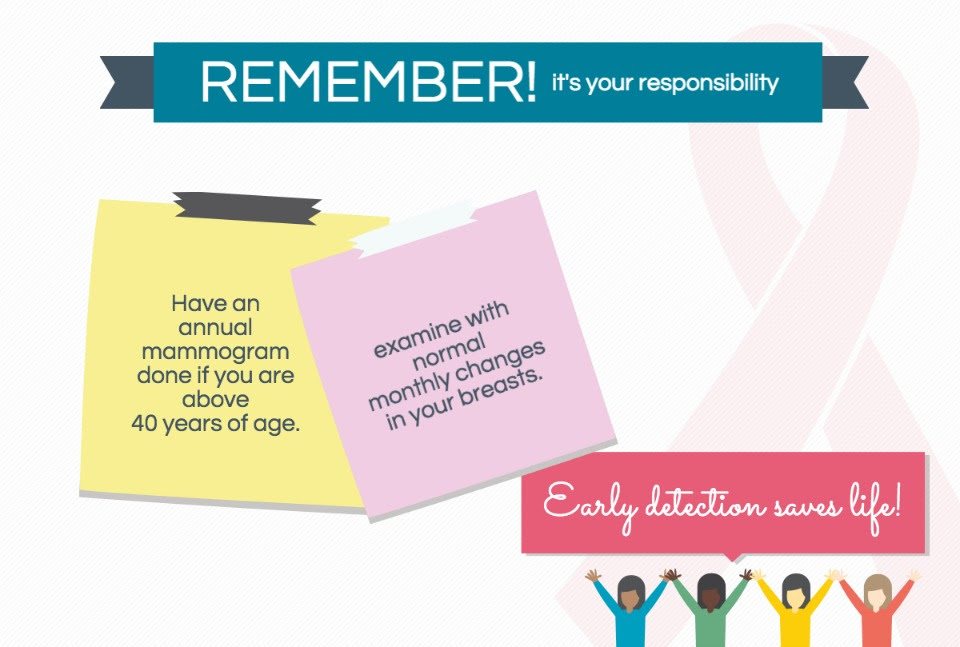 Medela provides the most technologically advanced, superior-quality breastpumps and breastfeeding accessories to nursing mothers around the world based on research by the world’s leading lactation experts and hence their most preferred choice.