Share2
Pin
Tweet
Share
2 Shares
I totally agree to Dr Minnie Bodhanwala when quotes, “Today, the unhealthy lifestyle choices that lead to cardiovascular disease often begin in childhood and adolescence, so preventive measures for tackling heart disease must begin at this crucial age. Need of the hour is to promote healthy diet & physical activity amongst the new generation and provide a second chance to children who are already suffering from cardiac diseases.”

So in my humble opinion,introduce fitness to your kids at an early stage and one such platform to get them started could be ‘ Little Hearts Marathon’.
First a little about the race.This charity run is organised every year by the Bai Jerbai Wadia Hospital. ‘Little Hearts Marathon’ helps raise funds for setting up a cardiac centre at BJWHC and in turn reduce the costs and waiting times for cardiac surgeries for the underprivileged kids.
Last year, over 5000 children ,from the age group of 4 years to 17 years,participated in the Marathon along with their parents, collectively ensuring the event was a grand success. This Marathon is for the children, run by the children and towards the benefit of the children.
This year the race took place on the 8th of February and this event was attended by my little friend Aditya Gupta.The race pictures and synopsis as described by him with some edits;
On the 8th of February kids along with parents assembled at the maidan behind Siddhi Vinayak temple at 7.45 am.There was huge participation and the atmosphere was a little chaotic.There were army bands,girl scouts and some schools  participating in the event.

The race was flagged off by Mr. Aditya Thackeray at 8.15 after a Ganesh Vandana and Stellar gymnastics performances by students of Poddar School.Shreyas Talpade,Ness Wadia and many such eminent personalities were present at the maidan to promote such endeavours .Initially, there were volunteers at every 300 meters ,guiding you to the next racepoint.After a few kilometres  ,however,we could not find any volunteers or signages giving directions.Also there was poor arrangement of water.It is a short distance but there were kids participating,and the organisers should have been more heedful. 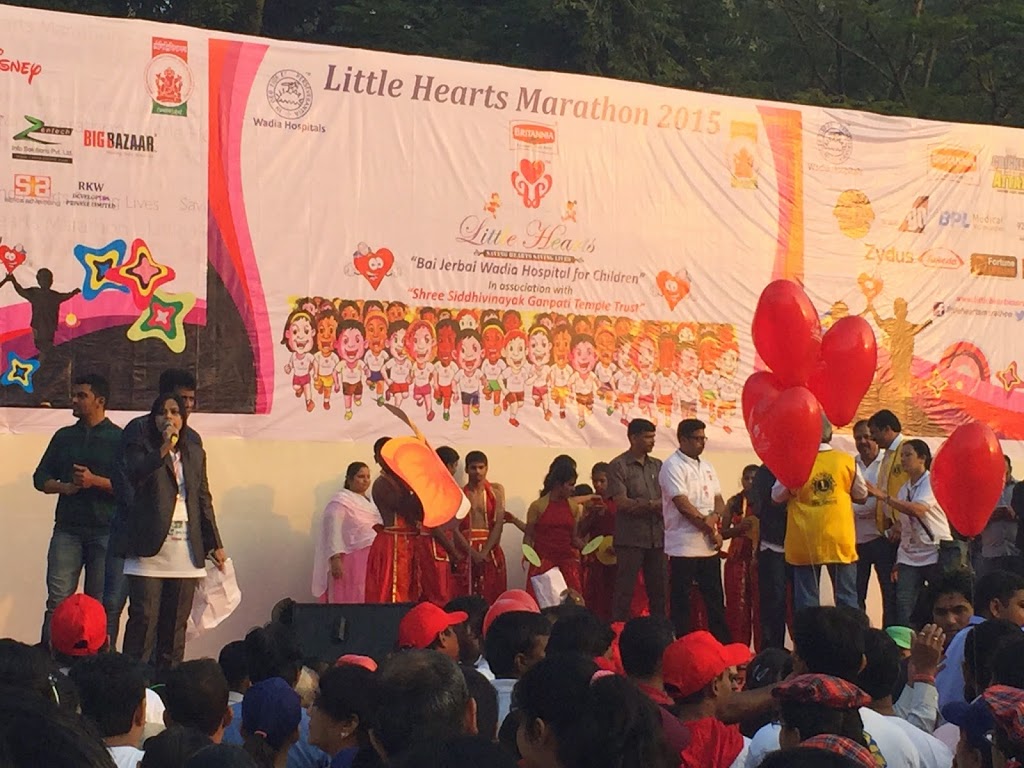 The race ended at Wadia hospital.And while kids were supposed to do 2.5 kms ,my friends and their kid ended up doing a good 5.5. kms by missing the route.In the end the kids were given goodie bags with games and eateries ,tshirts and certificates.No wonder the kids love this race so much. 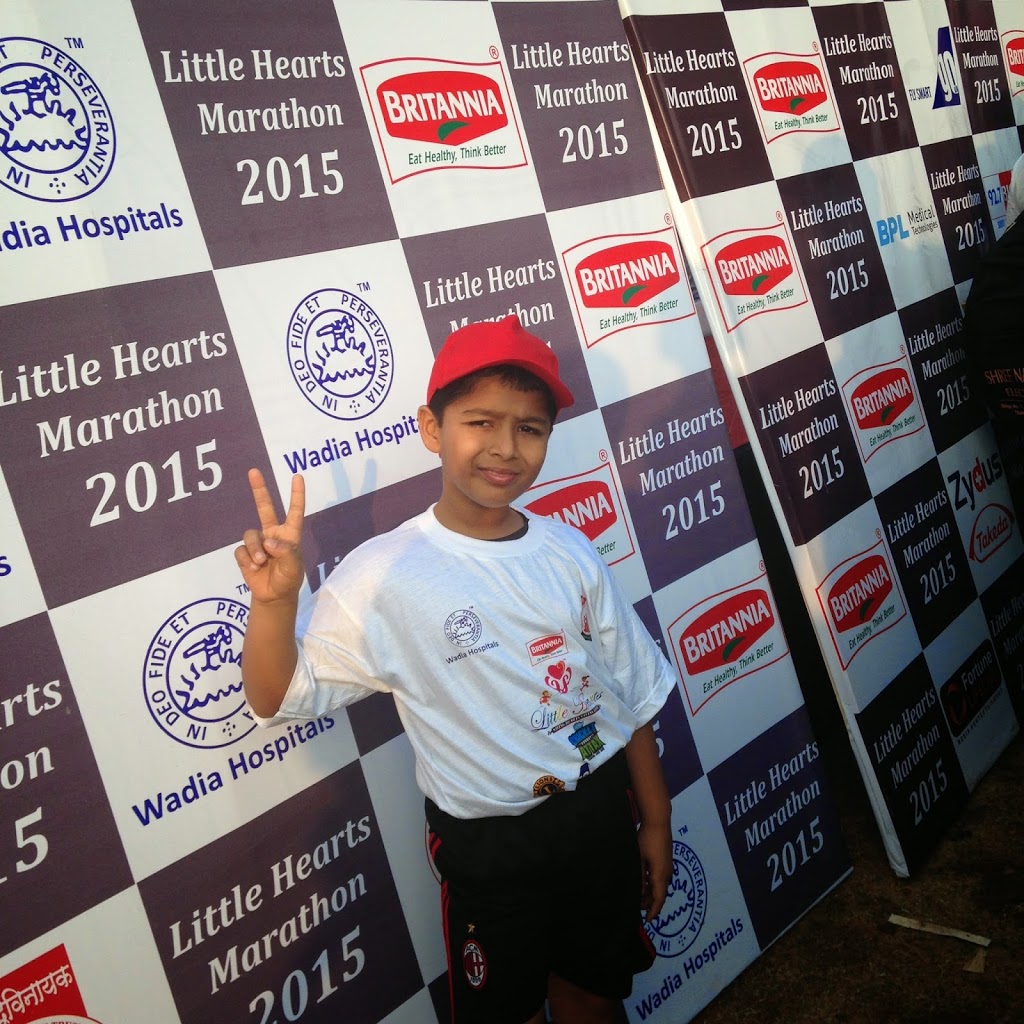 Aditya Gupta(8 yrs) was one of the youngest kids to finish 5.5 kms and he was our spokesperson.Let’s see what he has to say about the race.

“I wanted to show that small children can also run long distance and make my parents feel proud of me. I had trained for it also.I did the full 5.5 kms and not the 2.5 kms category.I felt very happy and proud of myself.It  was very tiring in the end.I will again do it next year
There were many children who did the run and it was good to run with them.”